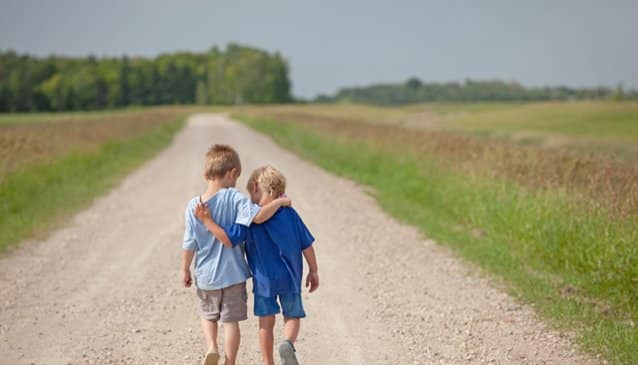 Compassionate Capitalism: Resolving the Ethics of Business and Medicine

US physicians are becoming more entrepreneurial to cope with the seismic shifts happening since the passage of legislation creating Obamacare. They are being forced to rethink business models, innovate and create value by offering new products, services, care delivery and process improvements. But, physician entrepreneurs are challenged by how to reconcile the ethos of business with the ethos of medicine. Some see practicing compassionate capitalism as the solution.

President George W. Bush made the “compassionate conservatism:” a household word. Although the term dates to the late seventies, President Bush used the phrase repeatedly to describe his economic philosophy of using conservative, market driven techniques to improve the general welfare of US society. In essence, the idea was to be sure those who needed health care, housing and other social services got them by partnering with private enterprise, social and religious institutions, but that the government not be directly involved with providing them. Private institutions would thus do well by doing good.

Many physicians have been entrepreneurs for decades and have played various roles in the innovation pipeline as inventors, market perceivers, social entrepreneurs, educational entrepreneurs, business leaders or investors. They have invented new medical devices, patented drugs, improved and sold new medical processes, and have always been able to charge their patients, and their insurance companies, sufficient fees to make a good living. Now there is a convergence of forces that is forcing physicians to be even more entrepreneurial and innovative to not just serve their patients better, but to survive an increasingly turbulent landscape. Practicing state- of- the- art medicine, as difficult as it is, is simply not enough. In addition, physicians need to embrace an innovative and entrepreneurial mindset, lead , manage operations to achieve maximal effectiveness and efficiency and use digital health technologies to leverage their value and create new business models.

For example, Drs Wayne Guerra and Peter Hudson, two emergency room doctors, noted that the wrong patients where coming to the wrong places, like the emergency room for the wrong reasons. The result: iTriage, a mobile app that prompts patients for answers to medical questions and suggests the appropriate facility for care.

Medical entrepreneurship is the pursuit of opportunity in biomedicine and health with uncontrolled resources. The goal, like all entrepreneurship, is to create user/customer/patient defined value by deploying innovation using a model that creates, distributes and harvests value in return. The challenge to most physicians is to how to do that while balancing the conflicts between how business is done and how medicine is practiced. This culture clash creates tensions that, to some, are irreconcilable.

A new series of books by Laurie Bassi, et al, titled, Good Company: Business Success in the Worthiness Era, John Mackey and Raj Sisordia, titled, Conscious Capitalism, Seth Godin, titled, The Icarus Deception, and Richard Branson, titled, Screw Business As Usual, are all making the claim that it is those companies and those entrepreneurs who do good for the world who will win the game of capitalism. They will earn higher profits and last longer than other companies that have the narrow purpose of just making money. Their contributions to the world of business will grow internationally in this flat world. And, they will be purpose driven, not just money driven organizations.

Here is the case for profit-from-purpose companies, investment and philanthropy.

Physicians are uniquely positioned, and are starting to be trained, to take advantage of this trend as they are constantly improving the state of the art in their fields and now gaining MBA’s, graduate level certificates in one or more areas of biomedicine, and are reaching out to the investment community to fund the research and development, the intellectual property designations they need, the team for their companies, the strategic alliances they will need for their supply chain, and their distribution chain, as well as the marketing necessary to launch a successful biomedicine product or service.

Now, physicians in the US, with a little help from business schools, schools of entrepreneurship, and even medical schools providing entrepreneurship and business training, like the University of Colorado Denver’s Medical School, are becoming more and more proficient, and more and more interested in “monetizing” their contributions to helping people through medicine. The term “physician – businessman” will become much more popular over the next decade.

Soon more and more “B” schools will cater to physicians and consultants who will work with physicians to put physicians’ ideas into the marketplace and earn a solid return for the physician. The days of the doctor in the scrubs will be with us forever. But, the physicians will also have a new look and demeanor, with their iPADs in hand, talking to early stage investors and venture capitalists about funding their idea from the start through to international patents and business arrangements that will change the medical landscape around the world. The medical consumer, the patient, will benefit greatly from this expansion of entrepreneurism through physicians practicing compassionate capitalism.

This is all possible not just because physicians today want to become entrepreneurs. This is possible because the medical profession, and medical sector in general, will become more innovative over the next decade as it deals with two simultaneous, complex sets of events, cost cutting, and a rapid increase in the number of people receiving medical care under Obamacare. It is now inevitable that innovation will grow by leaps and bounds and it will be driven by physicians and other entrepreneurs putting their ideas to the ultimate test, the market test.

We can think of no label better to describe this phenomenon than “Compassionate Capitalism.”